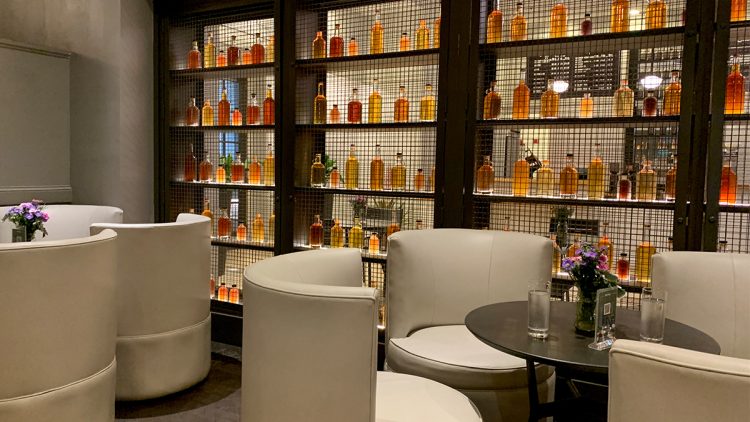 Savannah, Georgia, is a town of the past, in the best way possible. Honoring traditional antebellum and Gothic architecture, southern hospitality, and hearty home-cooked meals, it’s a trip worth taking, no matter how long your stay. Whether you’re walking past the culinary treasure that is the Olde Pink House, enjoying a relaxing afternoon in Forsyth Park, gearing up for shopping on Bull Street, or reading a book in the famed Chippewa Square (yes, Forrest Gump was filmed here but you’ll find the bench in the Savannah History Museum), there’s something for everyone.

But if you’re coming for food and libations, allow us to sway you towards our top picks for a taste of Savannah.

Here, you’ll find the biggest biscuits in Savannah. And no, we’re not kidding. Pillowy, fluffy, and smothered in all that gravy, it’s hard not to order a second helping. But save room as the menu is vast. Anything from the French toast to a bevy of benedicts is a win here, (the clothesline bacon with a side of mango salsa is a no-brainer, too). The eatery also boasts authentic Cuban coffee and breakfast cocktails.

You may feel like you’re in an Australian café when you look at the menu at The Collins Quarter, but don’t worry, you’re still in historic downtown Savannah. Start your morning here, with brunch served all day. Don’t sleep on the Bubble ‘N’ Squeak, which features creamed corn, bubble ‘n’ squeak vegetable cake, baked portabella mushroom cap, poached egg, and tomato jam. The Short Rib Hash is another stick to your, well, ribs dish with braised short rib, potato hash, caramelized onions, chimichurri slaw, roasted red pepper/tomato purée, and a fried egg. The Collins Quarter’s take on biscuits and gravy is a refreshing one, starring buttermilk biscuits, apple-raisin-chicken sausage, poached eggs, bacon gravy, shaved fennel, apple slaw, and pork gravy. The Bananas Foster French Toast will hit the sweet spot, as will any of the signature coffees and beverages. Spiced lavender mocha, anyone? How about a rose latte?

You cannot, we repeat, cannot leave Savannah without coming to Mrs. Wilkes. You can order food for two, but you’ll be given enough for four. Oh, and if you’re a first-timer, you have to order everything. It’s the law. From buttered beans, cabbage, mac ‘n’ cheese, and candied yams to coleslaw, collard greens, and sweet tea, don’t expect to eat anything else for the rest of the day. Mrs. Wilkes’ chicken deserves its own recognition, as the legendary poultry is internationally known (literally, there is a map inside the restaurant with pins from customers from around the world). Make room for dessert with pound cake and the best banana pudding in Savannah.

Selma Wilkes’ granddaughter, Marcia Thompson, is at the helm, carrying on her grandmother’s tradition with all of the grace and agility it takes to run the famed restaurant.

“Of course, everybody wants the chicken; that’s what we’re most famous for. We have meatloaf on Wednesdays and chicken and dumplings on Thursdays. The vegetables are special because you can’t get those much anymore,” said Thompson of the family recipes that are still in use after eight decades.

“It’s a bit of the past that you don’t find anymore. We’ve been here 80 years, one of the legacies of Savannah. People feel like family when they come here; there’s something about sitting down to eat with people that breaks all the barriers. My grandmother used to say, ‘if people could just sit down and have a good lunch together, we wouldn’t have to fight any wars.'”

A food tour is a must in Savannah, and this one hits all the good spots. Courtesy of the Savannah Taste Experience, the Southern Fried Expectations Tour begins at Parker’s Market, an award-winning convenience store and gas station with mouthwatering chicken tenders. Yes, you read that right: chicken tenders from a gas station. You can get anything here, literally anything. From water, chicken, and fresh desserts to clothing, wine, and home decor.

Overlooking the Savannah River, this onetime cotton house now serves up seafood, steak, and southern fare. You’ll sample shrimp and hush puppies with tartar sauce made with Duke’s mayo. The shrimp are battered as lightly as, well, cotton.

If you want pralines, head here, or to River Street Sweets, as the two businesses are owned by the Strickland family. Come for the free samples or pralines and leave with a bag of goodies. Holidays, birthdays, self-care treats, you name it, there is something sweet for everyone here. Chocolate connoisseurs must try the turtle gophers, while lovers of baked goods have their pick at an impressive array of layer cakes and pies (we recommend the coconut layer cake and traditional pecan pie).

Cap off your night with something sweet at the famed Leopold’s Ice Cream. Dubbed a Savannah Tradition for the past 100 years, favorites include Rum Bisque, Tutti Frutti, Butter Pecan, and Chocolate Chewies and Cream. If you’re unsure what to order, ask the soda jerk, who will be more than happy to offer a recommendation, and recount a bit of Leopold’s history.

Located on the first floor of The DeSoto hotel, the aptly named bar and restaurant is all about barrel-aged cocktails and chef-inspired cuisine. Iron cage-gridded walls are filled with whiskey and spirit bottles, and a smart and cozy lounge features books, games, and chairs that hug you, beckoning you to enjoy a pre- or post-dinner drink. If you’re one for a proper cocktail, autumn weather suggests the Spiced Old Fashion: Woodford Reserve, Spiced simple, Walnut Bitter, Angostura bitter, and a cinnamon stick. Or, you can keep it classic with the Smoked Boulevardier, featuring Edgar’s Proof, Campari, Sweet Vermouth, and an orange twist. A wine list and beer menu are also available, but based on the atmosphere and the prohibition-era vibes, you’ll want to sip on a few cocktails, enjoying that southern goodness of free-flowing libations.

The menu changes seasonally with local and fresh ingredients, but the fried chicken entrée is the shining star. Featuring a tomato and peach salsa over a bed of gouda mac n cheese, this southern staple is all about that light and delicately crispy pepper coating.

If you find yourself exploring the City Market popping in and out of the many shops can be exhausting, especially in that southern heat. Cool off in the Georgia Tasting Room, a popular spot for spirits, beer, and, of course, wine smoothies. Feel free to order off the menu or craft your own mixes, which are also available for purchase.

“Georgians love their wine and we provide a fun way to enjoy it,” says store manager Kayla Herren of the new southern wine tasting experience. “My favorite is the strawberry lemonade smoothie and a pint from Silver Bluff Brewing Co.”

Housed in one of Savannah’s most historic and haunted, Moon River Brewing Company is a restaurant and brewery in one. The pub has won numerous awards for its service and on-site selection of beer, which is brewed in a “copper-clad warehouse.” A crowd favorite (and loved among the staff, too) is the Dixie Kristal, a Belgian-style Tripel. Up for something unique? The Nitro Taterlicious Sweet Potato Harvest Ale is a must and a refreshing escape from the beloved yet tired pumpkin ale.

There are no open container laws in Savannah, so if you don’t finish that margarita with dinner, no need to down it and dash. Just ask for a to-go cup and carry on. Speaking of drinks, don’t forget Fido. Savannah is very dog-friendly, and most businesses encourage owners to bring their pups inside. They even have designated water bowls and free treats at the ready.

According to bartenders, there are too many great local beers to pick a favorite. All-Stars include the Southbound Brewing Co. Mountain Jam Southern Lager; Southbound Scattered Sun Belgian Wit, and Disco Crush from the veteran-owned Service Brewing Company. For a solid dessert beer, look to an Imperial Stout. Sadly, you won’t find the Wild Leap Brew Co. Cookies & Cream Stout anywhere in Savannah, which sold out in record time. If you’re into sour beers, locals recommend Lord Grey, an earl grey sour ale, and Chromatose, a blackberry beer by Two Tides Brewing Co.

If you’re here for dinner, the crab dip with house-made chips is a must for the table, while the belly-warming shrimp and grits remind us of a warm holiday dinner at grandma’s house.