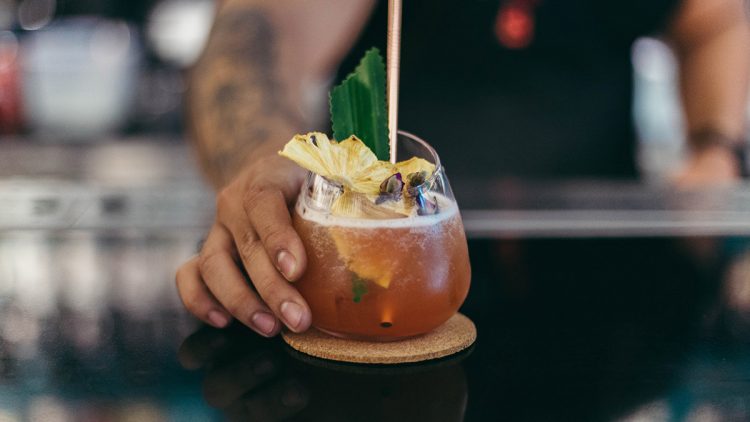 While other spirits have been given their due for being sipped solo — bourbons, scotches and whiskies are often tasted and enjoyed without the addition of mixers — rum has seemingly been passed up for this opportunity.

“I would argue that more than 95% of consumers have not had an opportunity to truly appreciate the variety of quality premium rums and have an incorrect impression of what authentic rum really can be,” says Ben Jones, managing director of Spiribam.

When you think rum, you may think Island-style tiki drinks, mojitos, rum riffs on classic cocktails or rum and cokes. But rum has a complexity all its own that one can only appreciate by sipping the spirit neat or on the rocks — something that Jones doesn’t readily see, but encourages.

“Probably for most people, this would be a completely new experience and they would likely uncover more diversity within a spirit category they have never seen before,” he says.

While you may want to run to the liquor store and pick up the first bottle of rum you see, jumping into sipping the spirit straight has some strategy behind it. Jones says that if you’ve never attempted to drink rum this way, start with a rum that is closer to those beverages you already enjoy solo.

“If you like whiskey, should start with St. Lucia or Barbados rums. For tequila, mezcal or Cognac drinkers, try Martinique Rhum first. If sweeter or heavier spirits are preferred, Central American rums would be a good start,” he says.

After that is established, having the proper glassware is necessary. Jones explains that a simple tulip shaped glass with a stem is his go-to when rum tasting.

“A small bowl that has a consistent gradual narrowing to the rim of the glass to allow aromas and flavors be released in nice layers,” he explains, while the stem provides stability and support while also ensuring the heat from the hand will not change its composure and flavor.

Starting with a clean palate — or as clean a palate as possible — Jones says having purified water and neutral foods like biscuits or crackers nearby are also keys to a successful rum tasting. Rum tasting, says Jones, is similar to wine tasting’s “Five S” method, except for a difference the smelling part.

“When you are nosing the rum, it is important to keep your nose over the glass and mouth outside of the glass, and then breathe exclusively through your mouth. Therefore, you can enjoy the aromas of the rum without inhaling alcohol vapor that can bother your olfactory senses,” he says.

And, of course, Jones says to keep an eye on how you store the rum to ensure you have the highest quality possible.

“Rum can fall out of balance and become flimsy, oily or runny if oxidized, left in extreme heat, or in direct exposure to harsh light for long periods of time,” he says.