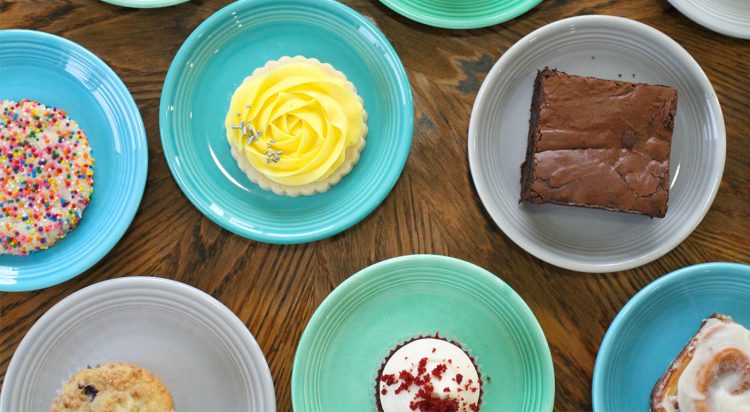 Since it was first introduced in 1963, the Easy Bake Oven has been a right of passage for culinary-minded kids. Utterly simplistic in its design (and admittedly limited in its function), its just-add-water packets and ability to dole out diminutive desserts very quickly have nonetheless made pint-sized bakers very happy over the years. (We can’t blame you if the mere thought of frosting a mini layered devil’s food cake makes you nostalgic.)

But as adult cooks, we expect more from our appliances. Today’s toaster oven is no longer only a glorified way to brown the accompaniment to your easy over eggs on a Saturday morning. An ambitious multi-tasker that can bake, broil, reheat, roast and yes, toast, it might just be the best thing since, um, sliced bread. Here are five reasons why:

The Easy Bake Oven wasn’t exactly chock-full of features, but part of its charm was that any kid could turn into an expert baker in the time it took to pull the appliance out of the box. Plug it in, let it preheat for fifteen or twenty minutes while you mix the batter or shape the cookies, bake the tiny treats for just a few minutes, push them to the cooling area and then eat. Though today’s gadgets are much sleeker and modern with digital displays and shiny stainless steel exteriors, they are every bit as foolproof.

“One of our favorite components is the nine Smart Programs with 27 presets for fan-favorite dishes including perfect golden fries, wings, shrimp, pizza and more,” says Tracy Fadden, vice president of marketing for Instant Brands, which makes several models including the Omni Plus Toaster Oven.

Bake or roast potatoes, chicken, fish, bread, pizza, cake, veggies or beef with just the touch of a button, with predetermined settings. And if you are feeling a little bit constrained by the built-in presets, it’s easy to override the time and temperature of these babies to adapt to your recipe.

The reason that the pans and tins that came with the Easy Bake Oven were so tiny was because its heat source came from nothing more than two old fashioned hundred watt household light bulbs; if you tried to bake anything larger you would have been sadly disappointed by gooey cakes and raw brownies.

Today’s counter ovens come equipped with quartz heating elements on the top and bottom of the oven which emit safe, wavelengths of light that transfer heat when it’s absorbed by solid objects like food. This means they can hit a maximum temperature usually between 450 and 480 degrees, and that you will need to have ample space above and around all sides of the oven; Instant Brands recommends at least 5 inches for safety and venting purposes.

You Can See The Magic Happen

Just like its cousin from the toy aisle, the modern toaster sets atop your counter. But the similarity ends there. Since the Easy Bake Oven was windowless, you needed to rely solely on time to obtain the proper bake before sliding it to the cooling area. Today’s ovens have large windows through which it’s easy to see how your recipe is progressing — without opening the door and needlessly lowering the temperature.

“The oven’s large capacity can accommodate most dishes you would otherwise cook in a full-size oven — and with a faster heat-up time and without overheating your apartment too,” says Ally Barajas, head of U.S. marketing for Breville, which manufactures several “smart ovens” including The Smart Oven Air Fryer. “Countless customers tell us they never turn on their built-in ovens after using this oven, or at most use them for storing pots and pans.”

Not having to fire up a traditional oven only to bake a batch of birthday cupcakes or a loaf of banana bread translates to energy savings and a kitchen that stays cooler in the warmer months.

As for those home chefs who have always dreamed of installing double built-in ovens — a Holy Grail of kitchen renovations along with a hidden dishwasher, farmhouse sink and stock pot spigot — purchasing a countertop model serves the same purpose, especially during labor-intensive meals like Thanksgiving dinner. Keep in mind, however, that the footprint of some of these models can be rather large, so if space is a commodity seek out a compact model.

Need to proof dough? Dehydrate fruit? Make beef jerky? These ovens can do it — and lots more.

“We wanted the appliance to have the familiar comfort of a toaster oven but with a whole slew of new functions,” Fadden says.

The Omni Plus Toaster Oven comes with a rotisserie spit and forks and can accommodate up to a four-pound bird, and the Breville Smart Oven Air Fryer has a “phase cooking” setting, whereby you can set it to both bake your lasagna and then broil the top at very end of the cooking time. One of the cooler features of both models mentioned is the ability to air fry, which means you don’t have to purchase a dedicated air fryer, which can be rather large. Ditto for your slow cooker, as many models have that feature too.