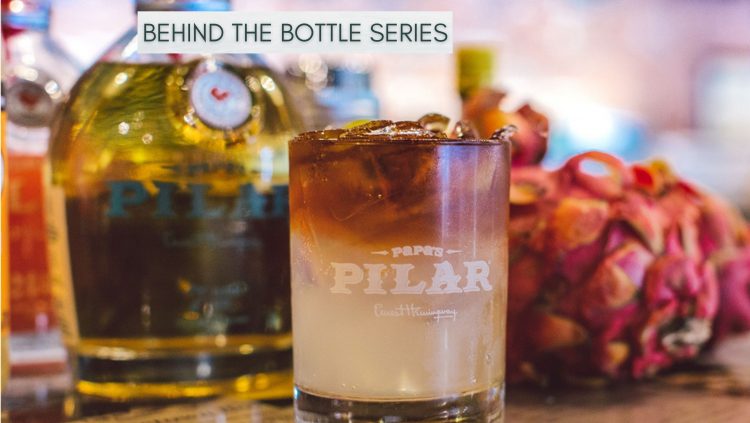 Papa’s Pilar is a rum that is designed to combine the art form of blending diverse international rums with the science of distillation and barrel finishing, capturing the essence of its namesake — Ernest Hemingway.

“Ernest Hemingway — also known as Papa — was a man of many things. He was an author, freethinker, adventurer, sportsman, and bon vivant. But one thing he was not was a spectator. This rum was crafted to harness this mindset,” says Jessie Behar, director of consumer strategy and engagement for Hemingway Rum Co., which manufactures the rum.

Key West, where the company is based, was Hemingway’s home for many years. A place that reflected his love of adventure and the sea, Papa’s Pilar rum expressions are sourced from hand-selected rums spanning the Caribbean basin and blended in the company’s proprietary solera process into one pour with its fresh Florida rum. The rum expressions are then further finished and perfected in Bourbon barrels, Port Wine casks and Spanish Oloroso Sherry casks. Papa’s Pilar rums are comprised of a molasses base and, says Behar, are designed to be slightly over-proofed, as that is where master distiller Ron Call feels creates the best expression of the spirit.

“Most rums are 80 proof (40% alcohol by volume). Papa’s Pilar rums are over-proofed at 84 and 86 proof, with some special releases sitting at more than 90 proof,” she explains.

However, it’s more than just the rum for Papa’s Pilar, it’s about the story. The Hemingway Family works closely with the brand, ensuring that Hemingway’s legacy lives on through the spirit itself.

“We worked very closely with his family members to ensure the brand and product captured his true essence. The Hemingway family remains involved and graciously donates a majority of its proceeds from Papa’s Pilar to charity,” says Behar.

And adventure is that Behar wishes its sippers harness, especially with the rum itself. While mixing up one of Hemingway’s favorite cocktails, a daiquiri, is always a good idea, Behar said that is not where the fun has to stop.

“A fun trick is to freeze coconut water into ice cubes and pour Papa’s Pilar Blonde Rum over them for an ‘evolving’ cocktail. Or, think of our Dark Rum as a ‘floater’ or a topper for any rum-based cocktail — drinking it ‘the HemingWAY’ or a double, which comes from the Papa Doble cocktail said to be inspired by Hemingway,” she says.

Not just for sipping, use Papa’s Dark Rum for baking treats like chocolate style or rum cakes. You can get even more creative by adding it to barbecue sauce.

But, if you’re feeling more of a traditional use (aka drinking it), the unique flavor profile of Papa’s Pilar makes for a wonderful pairing along a plethora of different foods. Behar suggests Papa’s Pilar Blonde Rum and Key Lime pie (“This also makes for an interesting frozen cocktail blending all ingredients together,” she says); Papa’s Pilar Dark Rum sipped alongside pancakes or with bananas foster; or go wild and pair your Papa’s Pilar Blonde with oysters and caviar.