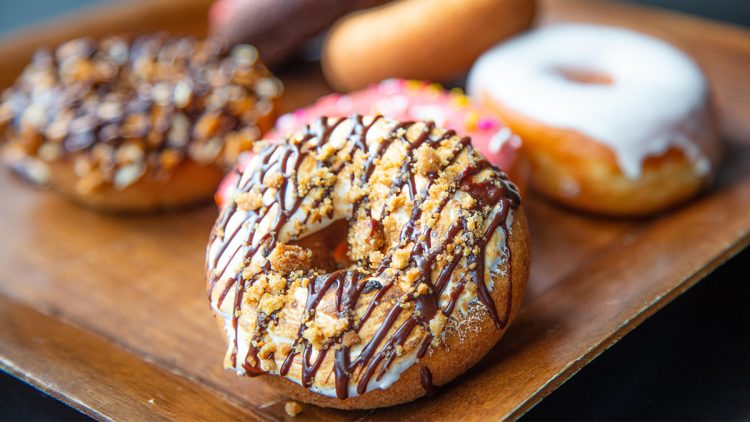 Ah, doughnuts. Homer Simpson was definitely on to something with his choice of food obsession because, truly, how could someone not love a hot, flaky, frosted doughnut? Or a thick, cakey, doughnut? Or a doughnut filled with chocolate, cream or delicious jam? It’s virtually impossible.

While many doughnuts are made cake-style or are a yeast-based dough, there is a third group of doughnuts that are easy to make, delightful to eat and may be the best thing you could ever do with leftover potatoes. Cue the potato doughnut.

“Potato-style donuts, made with potatoes and traditional flour rather than solely traditional flour, it also adds an earthy sweetness, moistness and crunchiness to the exterior,” says Drew Watson, co-owner and chef at Colorado-based Berkeley Donuts.

These doughnuts can be little pieces of culinary heaven when done correctly, says Susan Reid, senior recipe tester at King Arthur Baking Company, which is based in Vermont. Potato doughnuts are a unique combination of dense (like a cake doughnut) and light (like a yeast one), she says. Additional ingredients, like frosting or filling, can make them melt-in-your-mouth perfect.

“The starch from the potatoes keeps them moist, while the eggs make them tender and the way the dough is handled — keeping the flour to the least amount that’s still functional, not overworking the dough — can get you to an amazingly light and tender doughnut,” she says.

And, the best part? It doesn’t matter what kind of potatoes you have — these doughnuts can be made from leftover mashed potatoes of almost any style, although Watson says he prefers a russet potato for his doughnuts. However, he added that the temperature is the most important factor here.

Both Reid and Watson say that a ricer is the way to go when creating potatoes-style doughnuts, but Reid notes that it’s not necessary to purchase the tool solely for this practice.

“If you have a ricer or a food mill, that’s the way to go. It’s less likely the spuds will get overworked and lumpy. If you don’t have either of those, just cook the spuds until they’re just about falling apart,” she explains.

Another hack for doughnut delight? Chilling your batter before frying it, says Reid.

“The dough, when done correctly, is pretty delicate. They’re easier to fry if you chill it after rolling out; if you put them in the oil cold they won’t be as floppy,” she says.