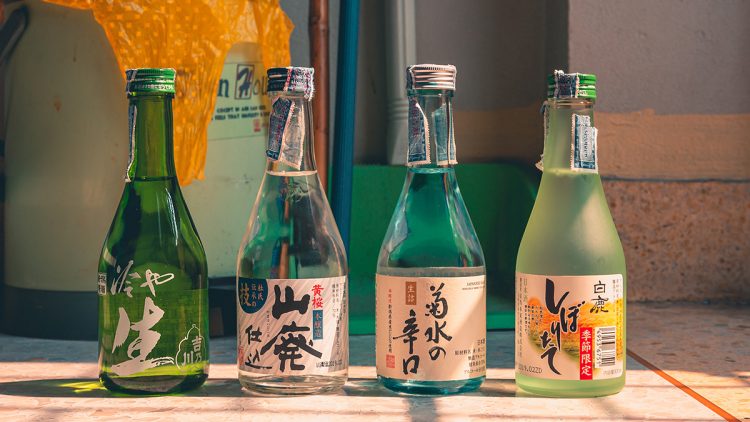 The popularity of sake has been growing for years in the United States, which should come as no surprise for those who have gravitated to rice wine for both sipping and pairing with food.

The range of styles and fantastic food-friendliness of sake make it the perfect beverage for the increasingly broad ways in which so many Americans eat and drink. Vermouth is finally having its proverbial day in the sun and pét-nat sparklers have been on a tear for some time now. It only makes sense, then, that sake should have a similar moment of growing awareness and popularity.

As a consequence of this, sake is an increasingly important option for pairing with meals…and not just Japanese foods. Which makes sense: Just like Amarone is a great pairing partner for a hamburger, and Champagne sings alongside fried chicken, sake is a rewarding, delicious option alongside a range of foods that have nothing to do with Japanese culinary traditions.

In other words, just because a particular bottle of wine is from a specific country, that doesn’t mean that it can pair only with foods from the same place. What a boring world it would be if that were the case!

It’s the same with sake. And while it is most familiarly seen in the United States alongside sushi, ramen, and other widely familiar Japanese dishes, sake’s ability to pair with food is far broader than that.

In order to understand more about pairing sake, I enlisted the help of one of the country’s foremost sake experts, Eduardo Dingler, vice president of Wine for Wine Access, Sake Ambassador, and an International Judge in Wine, Sake, and Spirits. In other words, he knows his stuff. And he firmly believes that more of us should be enjoying sake in a wider variety of contexts.

“Sake is extremely versatile with several global cuisines,” he explains. “Some of my favorite pairings include Italian food — cheese and tomato are some of sake’s best friends because of the natural umami factor.”

That sense of umami, or savoriness, is one of the key factors that allow sake to be so versatile at the table. It also makes it uniquely well-suited to standing up to the richness of foods that aren’t traditionally considered alongside sake. “I love to experiment often,” he continues, “and I have some ideal bacon-cheeseburger sake pairings, and even BBQ.”

Indeed, sake is produced in a wide range of styles and in regions throughout Japan…and, these days, by a number of notable producers in the United States, too. This variety means that there’s an increasingly diverse selection of sake for consumers to enjoy.

“Depending on the rice strain, water, and yeast combinations due to regionality, it can be fresh and fruity or deep and oxidative,” Dingler notes. It’s those characteristics, along with a sake’s weight, texture, and acidity, that should be considered with pairing sake with food.

“Some of the key points to a successful pairing include regionality, which is driven by the mineral composition of the water source. Also, aging and producer preferences are most vital for the style,” he says.

For instance, Dingler notes, “the trend with avant-garde producers is to raise the acidity levels to make it ideal to go with food.” In this regard, there is a distinct parallel between forward-looking sake and wine, with a focus on acidity — which is a key aspect in terms of food-friendliness — as opposed to sheer power or richness.

The similarities don’t end there, he says. “There are a number of parallel characteristics between sake and wine. Some [sakes], for instance, maintain a similarity on acidity levels, although not very common. Also, a mineral component found in certain sakes produced from Omachi rice coming from Southern prefectures tends to mimic Sancerre in some ways.”

Dingler elaborates: “There are many things I love about sake, but some of the most relevant include the rich history behind it and the wide range of styles that is connected to regions [of its production]. In some ways,” he added, “it reminds [me] of Italy, where each area has staple wines that pair with their cuisine, and historical background driven by climatic and geographical features.”

If you’re not familiar with pairing sake and food, Dingler has advice on where to start. “When encountering sake for the first time, it is important to lean on Junmai Ginjo sakes, which can be more versatile and ‘cleaner’ in some ways. As you gain experience, start looking for the terms Yamahai, Kimoto, and Koshu [on sake labels], which tend to be richer and more impactful due to production methods.” He continues, “One of my all-time favorites to introduce to novices is Minenohakubai King of Modern Light Junmai Ginjo from Niigata. This sake offers an excellent window to the premium sake world, with the right amount of fruit vs. acid balance.” It is, he notes, “simply delicious.”

As are so many great sake and food pairings. The key is to expand the range of sakes you drink, and be open to pairing them with foods that you might not have considered alongside them before. The rewards have the potential to be game-changers.