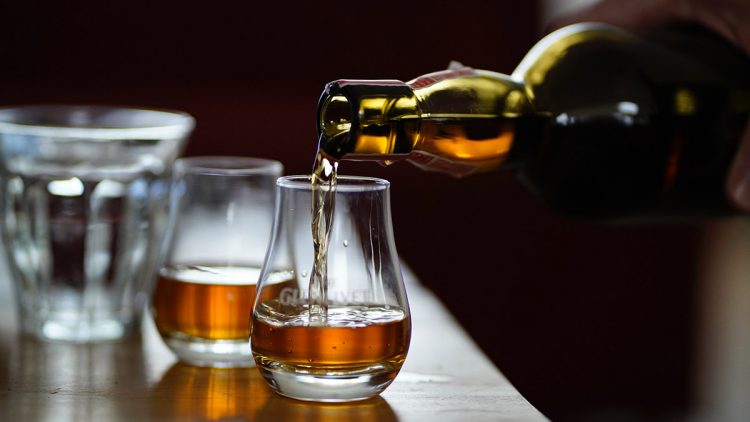 Single malt Scotch is easily one of the most misunderstood categories of whisky in the world, which is interesting given the fact that the great drams of Scotland are, for many, a benchmark against which all other brown spirits are compared.

I’ve been an admirer of Scotch since before I was legally allowed to consume it — yes, I was the high school kid who probably lost out on more than a few potential girlfriends when the other 9th-graders in homeroom heard me explaining how Islay is different from Speyside, which didn’t exactly make me prime dating material — and have visited Scotland several times over the years, immersing myself in the minutiae of whisky production. But it wasn’t until a few weeks ago that I fully realized how complex and challenging a process the actual blending of single malt Scotch was.

Before we get into that, a bit of a clarification of terms is probably in order, because the widespread assumption is that single malt Scotch isn’t blended at all, that that’s reserved exclusively for “blended Scotch whisky.”

It’s a logical mistake to make, yet nothing in the definition of single malt Scotch requires it to be unblended. Rather, “single malt” refers to the fact that the whisky is composed of spirits that were produced in a single distillery. And since any individual distillery typically has massive stores of barrels — some newly filled and others that have been resting for decades; some of which formerly held Sherry, others Bourbon or wine — the job of the team isn’t just to craft a top-quality spirit during the process of distillation, but also to put together outstanding whiskies from the barrels they’ve already been aging.

So, yes: Single malt Scotch is often composed of many different barrel finishes, all mingled together to produce a final product that’s often more complex than any of the individual components. (There is, of course, a rich tradition of single-cask expressions of single malt Scotch, often bottled undiluted at cask strength, but in general, the flagship bottlings of the majority of single malt Scotch producers are, indeed, a blend of barrels.)

I’ve visited enough distilleries in Scotland to have known this on an intellectual level, but it wasn’t until I participated in a Zoom blending session, called “Know What’s In Your Whisky,” with head distiller Adam Hannett of Islay standout Bruichladdich, that I finally got it.

Prior to the event, I was sent a package that included a full bottle of Bruichladdich’s “The Classic Laddie” Unpeated Single Malt Scotch Whisky, as well as a glass flask, a graduated cylinder, a plastic pipette, a funnel, and eight smaller 200ml bottles of what were labeled “Classic Cask Components,” including:

It was like the science fair of my dreams.

During the course of an hour-plus, Adam took us through the process of blending, describing what each type of barley brings to a whisky, how each individual type of cask impacts the spirit in terms or texture, aroma, and flavor.

And then it was our turn to create a blend that stayed true to the Bruichladdich style, yet also worked for each of us personally. It was a devilishly difficult exercise and a seriously delicious one, too.

The team at Bruichladdich put together this blending session to highlight their new “No Hidden Measures” campaign, which allows consumers to enter a code that’s printed on each individual bottle, plug it into their web site, and see exactly which components comprise their specific bottle. As Bruichladdich explains on their site: “While many Scotch distillers aim for absolute consistency in their flagship bottle, we have stepped outside convention and tradition, to trace our ingredients from origin to bottling. Each component part, whether barley provenance, cask type or the passing of time, will subtly influence our final recipes. Every recipe is broken down to give you as much information as we are legally allowed to give you. You have the right to know what’s in your glass, and to understand where that flavour comes from. Each batch, though subtly different, must demonstrate our classic floral and elegant Bruichladdich style.”

It’s a significant break from how things have tended to be done traditionally, and a brilliant step towards not just engaging with consumers in a different manner, but educating them, too.

As for me, I’ve been a devoted drinker of Bruichladdich for years, but the experience of blending with Adam — even from 3,200 miles away — and understanding on a visceral level just how much goes into the blending of single malt Scotch whisky, has made me appreciate it, and the entire category, on an entirely different level.

In the days that followed the Zoom blending session, my wife and I put together our own blend from the eight components that were sent in the package. It’s currently en route to Adam in Scotland, where he will taste it and offer feedback. I think we did a relatively admirable job from our kitchen table, and my hope is that Adam will be pleased with our efforts.

But I don’t expect him to fear for his job: Blending single malt Scotch whisky, I’ve learned, is best left to the pros. I’ll happily stick with what I’ve always focused on: Drinking it.