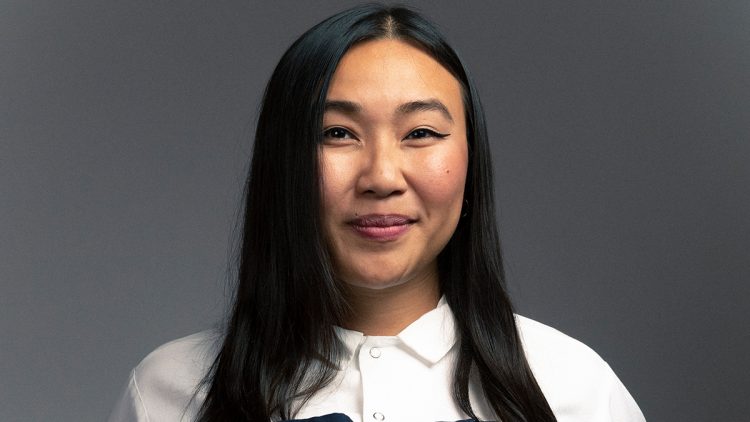 Chef Nini Nguyen seemingly does it all. She cooks, bakes, develops recipes, consults with restaurants and hosts her very own virtual cooking classes. She was also a contestant on Bravo’s “Top Chef All Stars,” showcasing her knowledge of cuisine (while under pressure!) to all of America.

Chef Nguyen recently spoke to The Gourmet Insider‘s chief content officer, Emily Cappiello, about her favorite ingredient to cook with, how cooking and baking are way different and a bit about her time competing on “Top Chef.”

The Gourmet Insider: Chef, thank you so much for speaking with us. It was great watching you on “Top Chef.” But really, inquiring minds: What was it like cooking competitively on television?

Nini Nguyen: Stressful! Imagine working in an unfamiliar kitchen, cooking with a time limit and having it all on camera for the nation to see! Besides that, it was a great experience. I loved meeting and becoming friends with the chefs and being able to showcase the food I grew up loving.

TGI: At least there was some fun to be had in a stressful situation. Who influenced you to become a chef?

NN: This is very cliché, but my grandmother is a huge influence as to why I became a chef. She always had an “I can make that” mentality and always executed. She taught me how to cook, how to be a great host and how to pay attention to detail. She doesn’t cook too much nowadays, but is always the person I call to double check that I am making a dish correctly, usually Vietnamese dishes.

TGI: Do you have a favorite dish from childhood that just screams “comfort” to you, or one that your grandma made often?

NN: My favorite childhood dish might be a Vietnamese simmered pork belly dish, with fish sauced caramel and onions called, thit kho. It’s so comforting to me and everyone’s mom has their own version.

TGI: Do you use fish sauce often when you cook now, or do you have another go-to?

NN: Fish sauce might be my favorite ingredient to cook with. Coming from a Vietnamese background, fish sauce is a staple in our cuisine and lends itself to so many different ingredients. It goes well with seafood, obviously, meats and vegetables. Fish sauce adds umami to anything you add to it, and even though it is made of fish and smells a bit funky, the smell mellows out when you add it to a stew or sauce.

TGI: I have been an advocated of fish sauce for awhile, but you actually inspired me to start cooking with chili oil! I was always afraid to, but you took the intimidation out of it for me. What would you tell another home cook who may be unsure about using it?

NN: I do love chiles. People tend to assume that cooking with chiles inevitably makes things spicy, but that isn’t always the case. Peppers have so much flavor and I love infusing them into my foods.

TGI: What is the one kitchen tool/gadget you can’t live without and why?

NN: My favorite kitchen tool is probably a cake tester. I use this all of the time to test my vegetables, my proteins and, yes, my cakes too. It costs less than a dollar and every good chef that I have worked with has one on them at all times.

TGI: Speaking of cake tester, you also bake! What’s your take on baking versus cooking?

NN: I began my career in the pastry world, making desserts and working in kitchens in New Orleans and New York. I think it takes a certain type of weirdo to want to measure every single ingredient to create something, but I absolutely love it. Honestly, the ability to understand how food works and the science of it makes you a better chef. But don’t get me wrong, I love cooking savory food just as much as baking. You get to freestyle a lot more when you cook savory food — it gets my creative juices flowing.

TGI: What are some unique flavor pairings you put together when you bake and how/why do they end up working together?

NN: I love combining savory flavors with anything sweet. It makes you think of food in different ways, and it redefines ingredients that might normally be in one category, opening them to a whole other world.