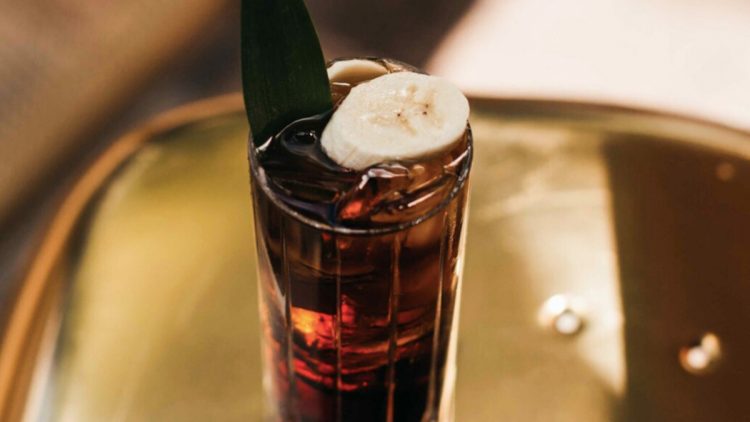 These flavored whiskeys were carefully selected to capture both the backbone of American whiskey, and the complex flavoring of chocolate, banana, and pineapple through the true essence of their extracts. The feat was not easy, but the brand isn’t one to back down from a challenge. Starting backwards, Whiskeysmith worked with the best flavorists and tastemakers it knew. The result is in the liquid: A flavored whiskey that is true to taste for each flavor.

“We wanted to bring the two worlds of mixology and at-home consumers together. It branches off into two things: a modifier for the modern mixologist and a product that is similar to a cocktail in a bottle for the home bartender and consumer,” says Melinda Maddox, beverage director for Whiskeysmith.

According to Maddox, these flavored whiskeys were designed to play well in any modern and classic cocktail recipe. They also show their versatility by elevating the flavor.

For someone who prefers to play in the tiki space, the pineapple and banana expressions are perfect to substitute in for rum in a classic tiki drink such as a piña colada or daiquiri. Then there’s chocolate, which can be used in anything from a chocolate Negroni or a dessert-themed cocktail. Or, she says, creating a banana foster cocktail works well with the banana and chocolate flavors.

The brand, which just launched, is inspired by fictional twin siblings with very different tastes. One with a taste for stiff whiskey neat, the other with an appetite for sweets. Together they set out to create something they both could enjoy — and prove to the world it’s possible to have an extraordinary flavored whiskey. Whiskeysmith Co.