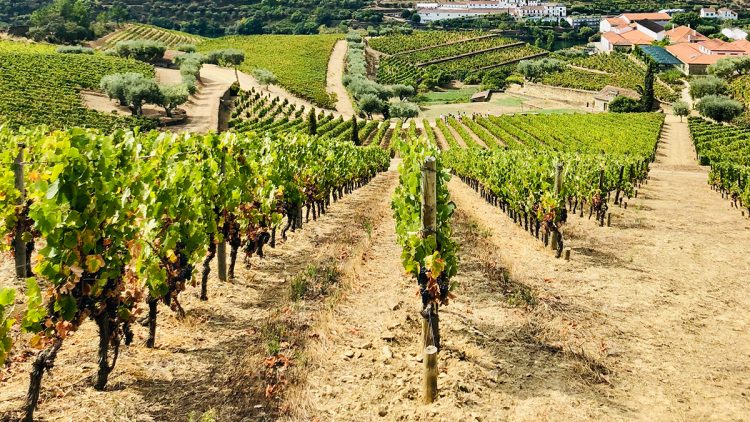 The recent (and controversial) roll-out of the new Cameron Diaz-backed wine brand Avaline and its claim of being a so-called “clean” wine, has brought a renewed sense of attention on what certain wine terms actually mean.

This is not a small issue. The terminology applied to wines has a massive impact on not just whether consumers buy a particular bottle and at what price, but also on how they perceive the wine in their glass, regardless of its actual inherent characteristics.

It also has the potential to affect seemingly unrelated wines, too. After all, less-wine-savvy consumers may take a label’s claims to heart, and assume that, if that particular wine brand is “clean,” then others must somehow be “dirty” in comparison. Which isn’t just wrong, but dangerous.

With that in mind, this seems like a particularly good time to re-examine what’s actually meant by the wine terminology that tends to cause the most confusion.

Organic Wine
The level of misinformation associated with all things organic is massive, and in the world of wine, it reaches Himalayan heights. That’s because there are wines that have been certified as organic, wines that meet all the requirements for organic certification but don’t actually have one of the official organic stamps of approval (certification can be expensive), wines produced from organically farmed grapes but with certain non-organic components in the winery, and more.

The easiest of the bunch to understand are organically certified wines, which boast the seal of one of the major certifying organizations on their label. In the United States, the USDA notes:

“Before wine can be sold as organic, both the growing of the grapes and their conversion to wine must be certified. This includes making sure grapes are grown without synthetic fertilizers and in a manner that protects the environment and preserves the soil,” it reads.

That’s not all. According to the USDA, other agricultural ingredients that go into the wine, such as yeast, also have to be certified organic. Any non-agricultural ingredients must be specifically allowed on the National List of Allowed and Prohibited Substances… and can’t exceed 5% of the total product. And, while wine naturally produces some sulfur dioxide (sulfites), they can’t be added to organic wine. Sulfites are commonly added to wines to stop the fermentation process or preserve the flavor profile.

The USDA is careful to note that, “Wines that are sold as ‘made with organic grapes’ have different requirements than organic wine….100% of those grapes used must be certified organic. Yeast and any other agricultural ingredients aren’t required to be organic, but have to be produced without excluded methods (like genetic engineering).”

As for non-agricultural ingredients, the USDA explains these have to be specifically allowed on the National List. Finally, sulfites may be added to wines that carry the ‘made with organic grapes’ label, but only up to 100 parts per million.

There are also other certifying organizations, such as Ecocert, the California Certified Organic Farmers Certification, European Union Organic Certification, and others.

Biodynamic Wine
Think of this as the next step beyond organics. Biodynamic wines leverage the philosophies and techniques explored by the Austrian philosopher and scientist Rudolf Steiner to ensure that both the grapes and the wines are respectful of, and inextricably linked to, the entire natural world in which they were grown and produced.

It’s easy to question some of the more esoteric techniques of biodynamic farming — basing certain vineyard decisions on the phases of the moon is often sited as chief among them—but wine professionals around the world have increasingly adopted biodynamics and lauded the results. And the logic behind many of the techniques is compelling. Whether you’re looking at the quality and expressiveness of biodynamic wines, or the benefits to the natural environment that seem to follow from biodynamics’ belief in a whole-ecosystem approach, the results are often present (and deliciously so) in the glass.

Natural Wine
Natural wine is essentially wine to which nothing has been added—no pesticides or fertilizers in the vineyard, no yeast (beyond what is naturally present on the grapes themselves and in the air), no fining agents.

But it’s a controversial subject, with naysayers often arguing that, though striving to produce a more natural product that’s devoid of unnecessary additives is a laudable goal, the results are frequently uneven, occasionally leading to unstable wines that are susceptible to bacteria, unexpected secondary fermentations, and more.

At their best, natural wines can be crystalline expressions of their place of origin, energetic and vivid snapshots of the particular magic of the terroir; at their worst, they can be bacterial soups that lack definition and technical rigor. But the philosophy behind them, many professionals agree, is inherently good.

Clean Wine
For the most part, clean wine is solely a marketing term. It has no relevance to the wine and the wording misleads far more than it clarifies anything.

Kosher Wine
While Kosher wine is most often associated with sweet, syrupy alcoholic grape juice like Manischewitz and Mogen David — both of which have as much to do with actual wine as one of those green plastic tubes of grated Kraft Parmesan does with a perfectly aged wheel of Parmigiano-Reggiano — it is nothing of the sort. In fact, there are countless kosher wines that are every bit as delicious and expressive as their non-kosher counterparts.

Indeed, the laws governing the farming of Kosher vineyards and the production of Kosher wines have far more in common with organics than they typically get credit for, since at their root is a focus on cleanliness and respect for nature.

The production methods for Kosher wines are no different than they are for non-Kosher wines, except that only Sabbath-observant Jews may handle them in the winery, and production must be watched over by the Rabbinic authorities.

Mevushal wines, which have been flash pasteurized in order for some Orthodox Jews to be able to consume them even when served or handled by non-Jews, represent only a tiny portion of all Kosher wines on the market. And in general, they’re generally not all that great — there are, of course, some delicious exceptions — so it’s best to avoid them unless your religious beliefs require them.

But non-Mevushal Kosher wines? They can be great and age-worthy or overpriced and insipid — just like all wines. Kosher certification gives no indication whatsoever about the quality of the wine in the bottle, just the same as organics, biodynamics, natural production techniques, and so on.

Brian Freedman is also the host of “Day Drinking With Brian” on IGTV.