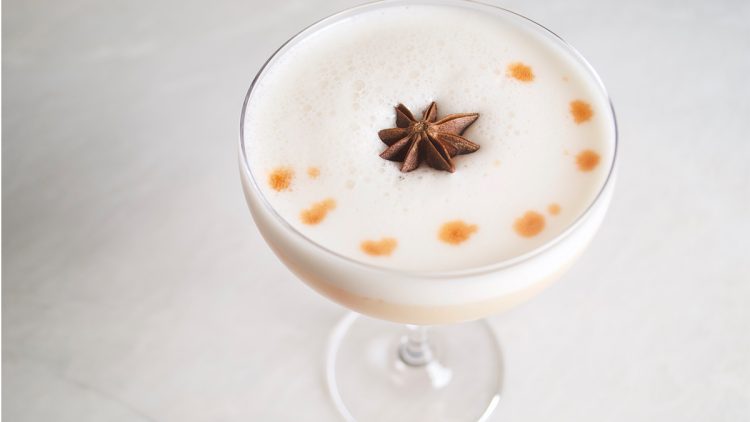 You may have spotted fennel in the produce aisle next to bunches of leeks or kohlrabi, its flattened white bulbs topped with celery-like stalks and wispy green leaves. But maybe you hesitated to bring it home to your own kitchen because you just didn’t know how to prep it or what the heck to do with it. Or maybe you associate it too closely to licorice and just aren’t a fan. To either we say: give it a try. Heady and aromatic, fennel will be the pleasant surprise your seasonal table craves right now.

“In the fall, we love seeing the root vegetables, gourds and squash and all the brassicas,” says Frank Ruta, executive chef of Annabelle in Washington, D.C., who also served under three Presidents as White House executive sous chef. “But fennel is deliciously different than these — it’s unique, it stands out.” From drizzle thick slices with olive oil before roasting until brown and tender to braising it in white wine, you’ve got a frond in fennel.

Indigenous to the Mediterranean, fennel is related to the carrot, though it’s not a root vegetable since bulbs grow above the ground. The Florence variety of fennel is what’s used in absinthe, the anise-flavored liqueur incorrectly attributed to hallucinations in nineteenth-century France, especially among bohemian artists Parisien bars. When water is added to absinthe it turns cloudy, a phenomenon known as louching that’s due to an aromatic component called anethole that gives fennel its licorice-like character.

But what’s interesting is that fennel isn’t actually related to the licorice plant either; in one of those quirks of nature both just happen to have anethole in their DNA. And while they are similar in aroma and flavor, they are distinct enough that you can be a person who firmly eschews the chewy bitter treat and still love fennel.

All parts of the fennel are edible including the knob, stalk, leaves, pollen and seeds (called the “fruit”), though you might want to slice a bit off the bottom of the bulb where the roots were attached. And it works with a lot of the ingredients we turn to in the fall, Ruta says, including scallops and oysters and game birds like duck and pheasant. It also has a great affinity for this season’s cooking methods. “The anise flavor is perfect for a stew type dish of those or a plain roasted or grilled dish,” he says.

It’s super easy to incorporate fennel into autumnal cuisine. The easiest, Ruta says, is to shave it raw, toss it with quality olive oil, Maldon sea salt and a touch of lemon. Fancy it up by adding blood orange segments or olives, and serve it as a salad by itself or with cheese at the end of the meal.
“Fennel can be substituted for celery in many soup or stew recipes,” he notes, including a rich and luscious bisque. “You can even pickle fennel for noshing later in the year — just follow your favorite pickling recipe.” He likes to add a sprinkle of orange zest to the pickling liquid for a fresh citrus note.

And a fennel gratin makes an elegantly easy side dish or main course. Cut the bulbs in half, place them in a saucepan, cover halfway with vegetable stock and lightly braise. Drain, reserving the stock, and arrange the bulbs in a buttered casserole dish. Mix some heavy cream with a little of the braising liquid, pour over the fennel, top with your favorite cheese and breadcrumbs or panko flakes, and bake in a 375 degree oven until brown and bubbly. If you are serving it as a main course, add a salad and some roasted mushrooms. “If you really want to be celebratory and decadent, shave some white truffles on the gratin just before serving,” Ruta says.

Its unabashedly intense aroma and taste can make fennel a bit tricky to pair with wine. Ruta recommends a young Condrieu, a Viognier-based wine from the Northern Rhône region of France. Alsace Pinot Blanc, which has fruitiness, a whiff of florality and crispy acidity also works, as does Vermentino, a white wine native to Sardinia in Italy that can show off an herbal tone. On the red side, some Nebbiolo from Piedmont in Northern Italy, and Etna Rosso wines from Sicily, show off fennel-like notes.

If you want to get some of that anise taste in cocktails but find absinthe to be a bit too overwhelming, you can infuse fennel in a syrup. Simmer equal parts sugar and water in a saucepan until the sugar dissolves, remove it from the heat and toss in a handful of the sliced bulb and some fronds. Steep to taste, strain out the solids and store the syrup in the refrigerator for up to two weeks. Fennel works well with the botanicals in gin, so try using it in a sour. Mix an ounce of the syrup with an ounce-and-a-half of a traditional herbal gin like Beefeater or an herbal expression like Monkey 47 Gin, and three-quarters of an ounce of lemon juice; shake with ice and serve over fresh ice, garnished with a fennel frond. Or add splashes of the syrup and either cranberry or pomegranate juice to a flute of sparkling wine, garnished with cranberries or pomegranate arils.

At Concord Hill in New York, bar manager Victor Bautista has been busy infusing spirits with fruits, vegetables, herbs and spices. His Spice Up Your Life gets a double dose of anise flavor with fennel-infused gin and a star anise syrup. You could also infuse vodka or pisco if you prefer, and swap out lemon juice for grapefruit to lend more of a seasonal vibe.