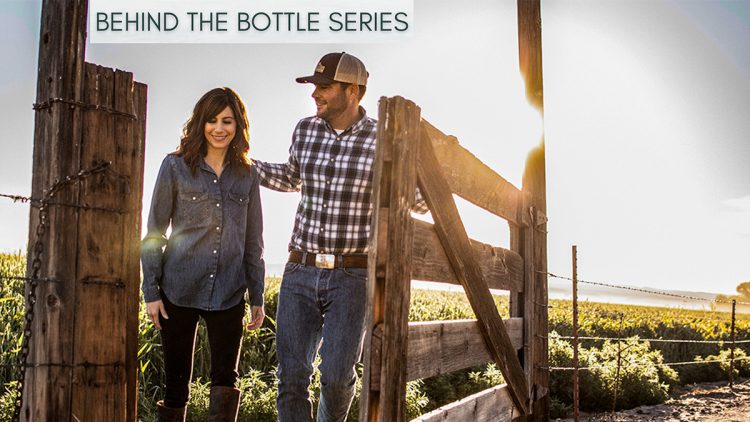 While Nevada may be most well-known for its casinos and buffets, its agricultural industry can get overlooked. But, people have been farming in Nevada since before it was even a state, growing things like wheat, barley and corn.

But growing crops and just passing them off isn’t for everyone, and it wasn’t for Colby Frey. A lifelong farmer, Frey was getting tired of not being able to see some of the end results of the goods he tended so hard to.

“I grow alfalfa and hay and an extremely high quality product. But I can’t see where that hay ends up,” he says.

So, he and his wife, Ashley, decided it was time to take a different approach. The duo was issued an experimental distilling license in 2006. The result? Frey Ranch Bourbon Whiskey, which now plays host to a straight bourbon whiskey; straight bourbon rye; single-barrel whiskey; and even vodka and gin.

“We malt the barley on-site. We have everything here. This gives us total control over the whole process. We can ensure that no corners were cut. It’s really sustainable, but we call it a ‘common sense’ distillery,” says Frey.

But it’s not just control. Frey explains that the most important thing to him is really being able to showcase the grains and allowing them to shine. That, he says, is one of the things that separates these sippers from others in the category.

The straight bourbon, which is the flagship, is a 4-grain blend. A medium intensity with a complex flavor on the palate (we’re talking vanilla meats candy corn), the bourbon has a long finish and surprising, but fitting, oak notes on the nose. The rye whiskey, says Frey, is 100% rye and has aromas of honey. The single barrel bourbon, which is made in limited quantities at the moment, is aged for five years in an American oak barrel. However, Frey is careful about which barrels get selected for this program, which is why the blend is one to be clamored for.

While Ashley Frey is very involved in the process, she also has been very hands-on with the design of the brand’s bottles and packaging. To that, she has taken care to portray the quality that goes into every bottle on the outside of it as well, from the top down.

“We pulled our inspiration from our own lives,” she noted. The top is in the shape of a bolt, which was decided on because, “I would always go into Colby’s pockets and find bolts,” she says. The yellow label was inspired by the color of corn, but the shape of it was designed to imitate the shape of a belt that was passed down through generations.

Now, while the company is growing, they are being careful not to scale too quickly. It’s quality over quantity for Frey Ranch, something their customers have come to know and love. Still, that doesn’t mean they are resting on their laurels. The brand is in 500 locations so far and just launched state-wide in California.

“In a world full of spirits, we want to be authentic to this style. We are just excited to share a piece of Frey Ranch with our customers,” Colby Frey says.