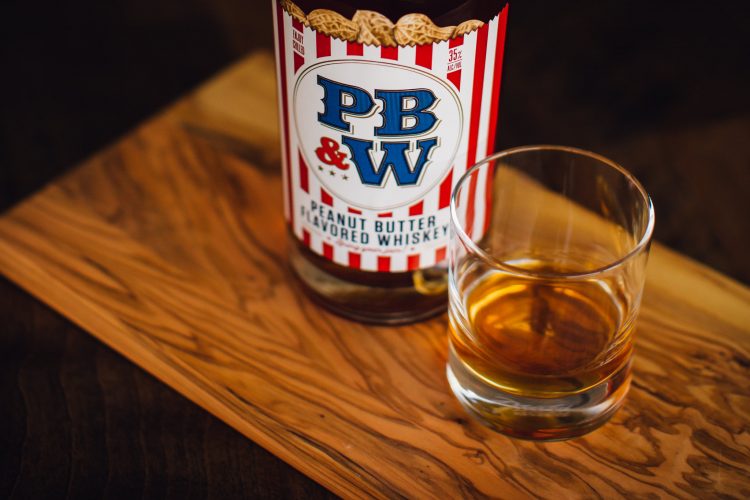 Peanut butter is one of the classic flavors from childhood. The smell can throw you back to a second grade classroom; the taste invokes memories of eating lunch on a sandy beach because your parents were not buying an $8 hamburger. It can be a snack food, an easy dinner or just eaten out of the jar on particularly stressful days.

But now, peanut butter has taken an adult turn, with peanut butter flavored spirits increasingly making their way into the repertoire of mixologists and bartenders across the nation. One of the brands recently launched PB&Whiskey (PB&W), was created out of mutual love for whiskey and the childhood staple.

Gonzalez cites the versatility of a flavored whiskey with the fun factor of peanut butter when it came to the beverage’s creation, but explains that Old Elk Distillery wanted to create a high-quality product — aging the spirit — instead of making it a more confectionery treat.

“We wanted to create PB&W with aged whiskey so it was not only looked at as a party shot, but noticed for its versatile base made for consumption. Because of the product’s whiskey base, [mixologists] are able to eliminate the need to add any additional whiskey in their cocktail creations. Instead they are left to their creativity and imagination to bring out the peanut butter, chocolate and caramel notes,” Gonzalez says.

The company’s lead mixologist, Melinda Maddox, has been hard at work creating innovative and unique cocktails using PB&W, as well as reworking some of the classics while elevating the flavor profile. The result is a cocktail that is easy to make at home, but doesn’t skimp on layered, nuanced flavors.

“The Sazerac is a straightforward classic cocktail made up of cognac, rye and bitters. I decided to swap out the base with PB&W. All of the flavors are already there and I didn’t have to add a lot to make a delicious cocktail,” Maddox says.

This spirit isn’t only an evening sipper, either. For brunch, the company developed a PBWhiskey Apple Cider, a light, refreshing and sparkling cocktail which perfectly highlights the fruit from the apple cider and the PB&W. (Get the recipe here)

While one may be hesitant to pair this spirit with bites, Maddox says the only thing complex about pairing this adult beverage with food is the flavor it will bring out across the palate.

However, she says, there is one pairing that no one should skip. “The most obvious pairing to everyone is maple syrup and bacon, so if you take that to the next level and use PB&W as the sweet component to a savory dish, you wouldn’t regret it that’s for sure,” says Maddox.