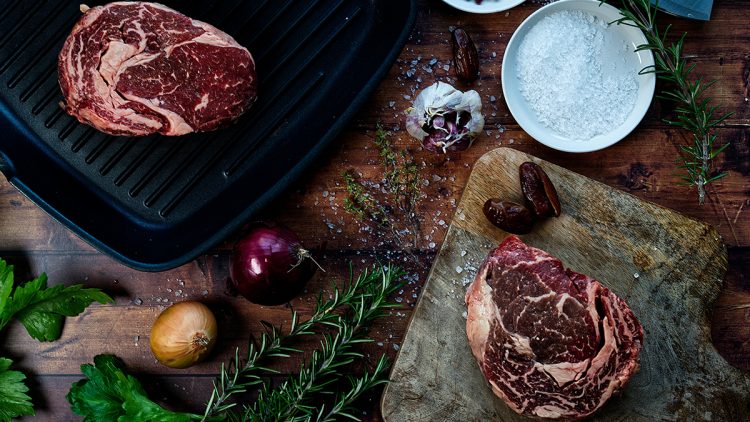 Lamb may not be something you’re apt to cook at home. While chicken, steak and fish may be in heavy rotation, lamb may not be top of mind when trying to meal prep or plan the weekly menu. But, lamb is easier to add to your repertoire than you may think, says Chef Adam Moore, a chef and food consultant who works alongside True Aussie Beef and Lamb.

“Lamb isn’t as gamey as you may have heard, that’s a misconception. And, it’s also not difficult to cook. An easy go-to is just cooking just like you would beef or pork and have no worries,” he says.

The first step, he says, is picking out the right cut of lamb for what you’re making. But, he notes, they change seasonally so you’ll have to be a little flexible.

“Most of the cuts that you’re going to see at retail are going to be things like ground lamb. You’re also going to see the French rack of lamb. You may also see lamb bones and lamb leg,” he says. Shanks, he notes, are usually stocked more around the Fall and Winter months. But, he says that the best dining experience you’re going to get is from the middle cuts of lamb.

As for imparting flavor on the meat prior to cooking, Moore says to keep it simple. Just like you wouldn’t pour marinade all over a good cut of steak, keeping the seasonings to a minimal is your best bet with lamb, too.

“If you’re really looking for a great high quality lamb eating experience, salt and pepper is all you need, just like you would with a great beef cut. There’s really no need to add a lot of extra seasonings or flavors,” Moore says.

But, that doesn’t mean it’s a chance to dull your creativity. He says to take inspiration from cultures around the world that eat lamb more frequently — like the Middle East, Mediterranean and Latin America — and use those flavors as a baseline for seasonings and even dipping sauces.

“Garlic is a no brainer. You’ve got things like chili and cumin, a little bit of cinnamon as well for herbs, oregano, rosemary, time, basil, they’ll go really, really well. Even mint. So like, mint jelly and lamb, right? That’s a thing of the past, but you know, making like mint pestos or mint chimichurri, or even just fresh chopped mint with salt and pepper is great with lamb,” he explains.

After the cut and seasoning is decided, it’s now time to settle in and decide how to cook the meat. He suggests that grilling is the best way to showcase lamb, however, it may not be feasible if you’re living in a small space, it’s cold out or you just don’t have a grill. In this case, he says cooking the meat on high heat is your best bet, notably a cast iron pan.

“Any sort of like high heat cooking environment works really well. So, a cast iron pan if you’re going stovetop. The other thing is making sure not to crowd your pan. So, just cook in batches if you’ve got a lot to cook. You’re going to look for what’s called the Maillard reaction. And that’s where the surface sugars of your meat start to caramelize,” he says.

If heading into the oven, Moore says that finishing with the broiler will create a nice crust on the meat as well. He also says to make sure to cook your vegetables separately, as putting them on the bottom of the pan you’re cooking your meat in will create moisture, impacting your lamb. Lamb shanks and shoulder, he says, are best cooked in the Crock-Pot or another slow cooking method.

For side dishes, Moore notes that he likes to keep his choices seasonal and traditional. Lamb carries a lot of flavor and he prefers the meat to shine in this instance.

“Typically what I’m doing with when I cook lamb is I’m cooking everything as a side dish that I would with beef. So, if you’re a steak and potatoes kind of person, you can do a French chop with with potatoes and fresh greens,” he says.

And to drink in tandem with your lamb, Moore says to keep to those that pair best with beef, just like the sides.

“A great Manhattan would be perfect with with a leg of lamb. When it comes to wine, a dark red, and even some of the lighter reds, too. I would go with something like a Pinot Noir with lamb. But you can also go as dark as a Zinfandel,” he says.