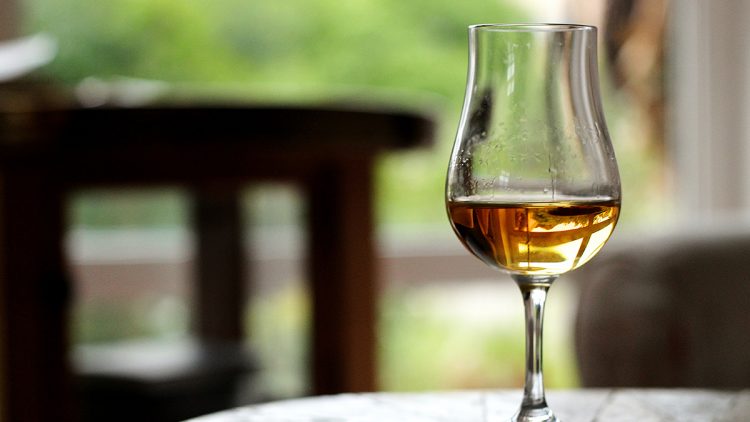 The widespread popularity of Japanese whisky in the United States may seem like a fairly recent phenomenon — at least, that is, in the context of bourbon and scotch, for example — but its history goes back nearly a century…or more, if you consider whisky that was produced by the brands that were, instead, built around other beverages.

Still, it was only a little less than 100 years ago that the Yamazaki distillery began operations outside of Kyoto, thanks to Shinjiro Torii, founder of Suntory. And Masataka Taketsuru, the “Father of Japanese Whisky” and the founder of the company that would come to be known as Nikka, is a person without whom the Japanese whisky industry would look very different. He studied whisky and distilling with an obsessive focus on the details of production in Scotland, and brought that knowledge and experience back to Japan before establishing the Yoichi distillery, which is still located on Hokkaido.

Of course, the range of Japanese whisky has expanded significantly since then, and in recent years, consumers and critics have placed the best of them on the pedestal that they deeply deserve. Just last year, Whisky Magazine named the Hakushu Single Malt 25-year-old the World’s Best Single Malt. But the accolades have been consistent and plentiful for Japanese whisky for years now.

Helpfully, it’s been codified. According to Nikka’s website, “On February 16, 2021, the Japan Spirits & Liqueurs Makers Association made an announcement of Standards for Labeling Japanese whisky…The Labeling Standards have been instituted by the association members themselves, including Nikka Whisky, as an internal rule to define ‘Japanese whisky,’ effective from April 1, 2021.”

For whisky lovers, however, nothing should stop them from enjoying as wide a range of Japanese whisky as possible: The best of them are among the top expressions of whisky in the world. And even among bottles priced for everyday enjoyment, the pleasures to be found are substantial. Here are eight, listed alphabetically, that are not too difficult to find, and that are absolutely delicious.

Plush in texture and notably grain-driven in character, with gently nutty and cooked-honey notes alongside sweet vanilla, cloves, and a nod in the direction of French toast.

Aromas of white chocolate and grain find framing with distinct maltiness, and turn to a silky palate with flavors of grilled stone fruit and a lingering note of smoke. This was aged in ex-Sherry and ex-Bourbon casks, as well as Japanese Mizunara oak. The result is a savory dram that will win over fans of peated single malt Scotch whisky, though it’s certainly not that smoky at all.

The label notes, “This is worldwide whisky,” which lets us know that, in addition to Japanese spirits, there are also some components here that have been distilled elsewhere. Regardless, this is absolutely delicious: Aromas reminiscent of Frosted Flakes and pecans precede a palate of sweetness and generosity, with loads of fruit—sultanas, nectarines, even the suggestion of cantaloupes—and a sweet cereal framing. It’s light on the palate yet lingers with wonderfully generous flavor. Even at 46.5% alc., this is dangerously easy to sip…a lot of.

Notes reminiscent of clove-studded oranges, cracked peppercorns, orange and lemon marmalade, and sweet cedar: Wonderful. These are joined by fresh Seckel pears and something resembling coffee fudge. This is a generous and sweet-souled dram.

From the highest-altitude distillery in Japan, at 2,625 feet above sea level, this gem is concentrated and powerful, yet not at the expense of elegance. It’s pulsed through with flavors of toasted walnuts, lemon meringue, dark-chocolate pôt de crème, pecan-cinnamon sticky buns, and a finish that nods in the direction of subtle salinity and dried figs.

The toffee notes here are just delicious. They are joined by pralines, caramel, and almond pizzelles, all of which resolve in a subtle touch of sweet spice, graham crackers, a touch of fudge, and golden raisins. Layered, generous, and complex.

Light and almost heathery on the nose, this delicate whisky is kissed with notes of lemon pith and honeydew, yellow apples, a balsamic lift, and a subtle and fleeting note of nuttiness that anchors it all.

I love the density to the nose here, where apple fritters and orange marmalade are gently spiced and distinctly nutty, before a palate of plush texture and concentrated flavors of baba au rhum, roasted chestnuts, leather, tobacco, sweet baking spices, and a subtle hit of toasted grains, all finishing with the barest suggestion of brambly berries. Excellent.

Ready to try? Shop Japanese whisky on Drizly and get our TGI discount. Use code DRIZLYDEAL for $5 off*. (New customers only)