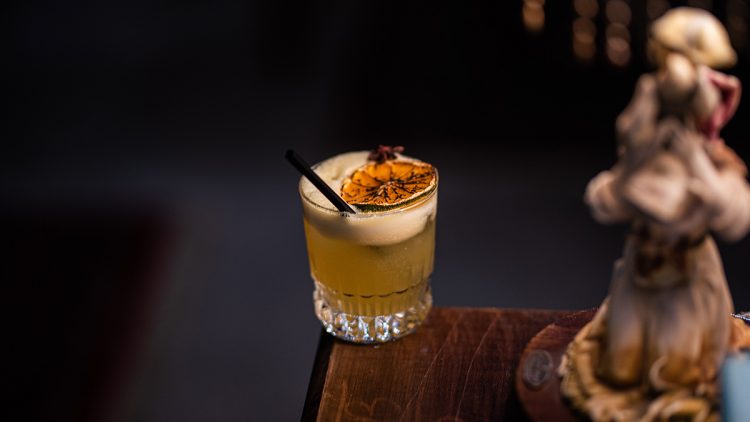 The idea came to Trey Zoeller, founder and chief strategist of Jefferson’s Bourbon around his birthday. Celebrating on his friend’s boat, a glass of bourbon in hand, something caught his eye while standing on the bow of the ship.

“As I watched my bourbon rock in the glass, I thought, ‘If this is happening in a glass, it would certainly do the same in a barrel’,” he recalls.

The wheels in Zoeller’s head started turning, as he tried to anticipate what the aging process would look at on a ship. He explains that in Kentucky, bourbon makers wait for the seasons to change to either make the molecules in the wood expand or contrast, pushing the bourbon in and out.

“I knew it would drastically change the maturation of the bourbon, but I didn’t know how, so we put five barrels on his ship and found out,” Zoeller says.

The result? Jefferson’s Ocean bourbon, a dark spirit with a multi-faceted, complex flavor, each layer a surprise. This, says Zoeller, is due to the constant contact the spirit has to the barrel in addition to its exposure to the elements.

“When exposed to extreme heat as it’s passing the equator, the sugars in the wood caramelize, making it very viscous. And while the barrels are in the middle of the ocean, the sea air permeates the barrel giving it a briny taste, or as it has been called, the salted caramel popcorn bourbon,” he says.

Drink it neat or on the rocks perfect complement to briny foods like oysters, the bourbon also lends itself a flavor enhancer to smoked meats. But, explains Zoeller, trying it in an Old Fashioned is really where the spirit shines.

“It makes a tremendous Old Fashioned. The viscosity or chewiness holds up in a cocktail as does the brininess,” he says.