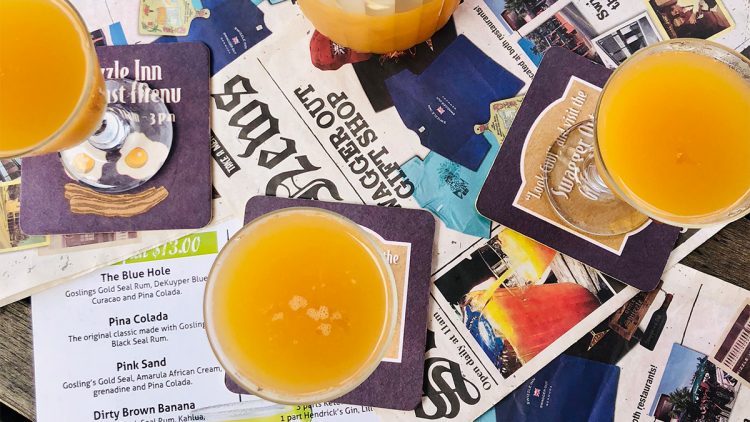 Mimosas, Bellinis, Bloody Mary’s and an array of spritzes have dominated the brunch table for some time. However, there is a drink from the island of Bermuda that has earned its rightful place on the weekend morning cocktail menu — the Rum Swizzle.

“Swizzle is packed full of vitamins and rum. I am not sure what else I need to say to convince you this is the cocktail you need to start the day with,” says Andrew Holmes, Bermuda brand director of Goslings.

The Rum Swizzle is deep-rooted into Bermudian culture. While the origin is a bit elusive, Holmes says, the Rum Swizzle has become a staple beverage that is sipped at weddings, on the beach, with friends and just because, he says.

“Not only do professional bartenders create Swizzle sold by the glass or pitcher from licensed establishments, but amateur mixologists Island-wide take immense pride in making Swizzle at their home to share with friends and family. And, every restaurant on the island has a unique Swizzle, the head bartender often memorizing a proprietary recipe made in large batches for the week,” he says.

Made with ingredients like Goslings Black Seal rum, citrus juice (usually pineapple and orange), syrup and Angostura bitters, the Rum Swizzle also has a bit of complexity to it as well. The traditional Bermudian recipe for the Rum Swizzle calls for two parts gold (or dark) rum and one part black rum. This, notes Holmes, creates a depth of flavor other brunch cocktails lack.

“When you blend two different rums in a cocktail you want the flavor profiles of both rums to shine through. Black Rums are bold in flavor with notes of molasses and dried fruit. Gold or amber rums, technically dark rums, are well balanced with delicate spice and hints of vanilla,” he says.

The secret to this drink’s sipping success? The way the flavors play off of each other in harmony, says Holmes.

“It really is all about balance — strong, weak, sour, sweet and spice. The strength provided by the rum. Weak is the dilution achieved while Swizzling the concoction over ice. The sour is the citrus; while the sweet is Falernum or Grenadine. The spice is the Angostura bitters,” he says.

And, while a straight Rum Swizzle is a great brunch drink, Holmes says that there are many other variations on the beverage, allowing you to switch up the flavor profiles or add a little extra twist just for fun.

“My family, on the holidays, has a tradition of topping up the Rum Swizzle with Prosecco to make a Swizzle Mimosa, which is a great seasonal cocktail. At sporting events, such as the Cricket matches, Bermudians will cut the Swizzle with Ginger Beer to enjoy throughout the day,” he says.

Ready to sip on a Swizzle? Get the recipe here.