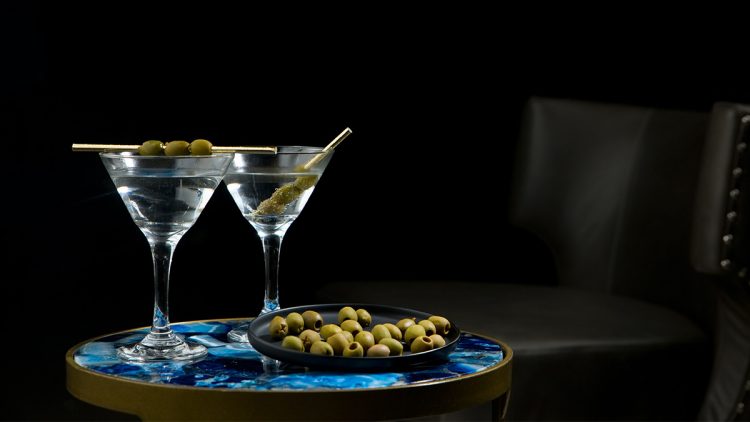 The martini is a classic American cocktail that continues to be a shining star in bars, on upscale dinner tables and even at home. But, there are so many questions regarding the makings of a perfect martini — gin or vodka? Shaken or stirred? Olives or lemon twist?

Gareth Evans, global brand ambassador for Absolut Elyx, spoke to us about the history of the martini, some modern takes on the classic and some delicious garnishes that add a little something extra to whatever version of the cocktail you choose to sip on.

The Gourmet Insider: How did the two variations in martini (vodka and gin) come to be?
Gareth Evans: The origins of the martini cocktail are unclear. Some say the name came from the glass, some from the Martini & Rossi vermouth brand, but there’s nothing concrete. The most complete theory to me is that it comes from a drink called a ‘Martinez,’ which is like a gin Manhattan. Either way, the drink was initially fairly sweet and became drier and crisper as consumer tastes changed over the years. Post-prohibition, vodka’s popularity rose and martinis slowly started to be ordered with it instead of gin — but it was the James Bond era of the ’80s, going hand in hand with a surge in the popularity of vodka worldwide that led most people to prefer their martinis with vodka over gin.

TGI: What’s the main difference between the vodka martini and a gin martini?
GE: For me it’s not about flavor, but rather the feeling of the two drinks. A gin martini is aromatic and has a lot of big flavors, and is more of a sipping drink, whereas a good vodka martini is like jumping into the cold ocean on a hot day. It’s sharp, refreshing and stimulating, and it really is the perfect apéritif.

TGI: OK, let’s talk about this age-old debate: Shaken or stirred? Which one do you prefer and why?
GE: Shaking and stirring are just two ways of diluting and chilling your drink, one more efficient than the other. When you shake, you add tiny air bubbles and little ice chips to your drink, which chills and dilutes the cocktail much faster, and gets colder than stirring. Some people however, prefer the more silky smooth texture of a carefully stirred martini, which contains no ice chips or bubbles, and remains perfectly clear. As long as you use good ice, good fresh garnishes, make sure it’s super cold, and, of course, use the best possible vodka, then the more martinis, the better.

TGI: What are some more fun and maybe even modern takes on the classic martini? If there are — why do these flavors work well together and create something different?
GE: There are literally millions of ways to customize your martini and make it your own, which is why I’m always reluctant to tell people how they should make their martini. Experiment with different ratios, different vermouths, different garnishes, maybe a splash of sherry — the world is your oyster. My current favorite is a Flame of Love, an old rat-pack era drink. It features a large measure of Absolut Elyx stirred over ice, strained into a glass that’s been rinsed with a splash of medium sherry, with a large flamed orange zest over the top.

TGI: Now that we have the perfect martini, what should we garnish it with?
GE: Anything salty, savory, aromatic or sour tends to work — olives and lemon peel are, of course, the classics, but cornichons, blue cheese olives or if you’re feeling adventurous, try my current favorite: Pickled silverskin onions in a 50/50 martini. Amazing.