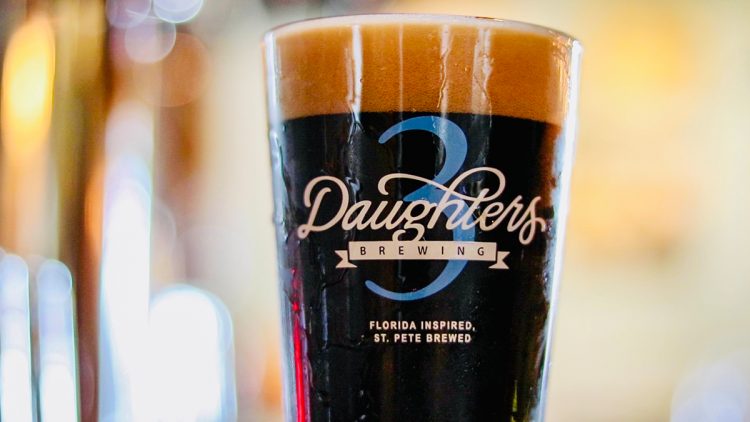 Many people are totally unaware that there’s a gastronomical hotbed to be found at central Florida’s Walt Disney World. Yes, the house of the mouse is home to theme parks, but it also boasts a AAA Five Diamond Award winning restaurant, secret supper clubs, the only sommelier-owned wine bar in Florida, and one of the nation’s top tequila bars with celebrity ties. Color us impressed.

Disney has also been in the food festival game for more than 20 years. Its first festival, the EPCOT International Food and Wine festival, debuted in 1996 and has since become an annual event attracting world renowned chefs and visitors from around the globe. Walt Disney World has since expanded to offer four festivals annually each year, like the Taste of EPCOT International Flower & Garden Festival, which is running now until July 5.

While Disney could seemingly have any major beer brand at its beck and call, the minds behind this festival, instead, have turned to the beers and wines from their own backyard. With an emphasis on local, especially during a time in which homegrown businesses need support more than ever, beverage makers such as Gainesville’s First Magnitude Brewing Co. and Tampa’s 81Bay Brewing Co. are just a few of the independent beverage companies found at this year’s festival.

According to Disney, it makes a conscious effort to choose beers from independent breweries while also considering how they fit into the unique theming of the festival’s outdoor kitchens, which helps to narrow down the seemingly endless list of contenders.

“We are fortunate that there are a lot of craft breweries right here in the Central Florida area and even up and down the coast that we can partner with. We take into account the food that it will be paired with, the season that it will be served during, and what that story tells,” says Chelsea Florig, food & beverage project manager, Disney.

Partnerships of this magnitude are now more important than ever. 3 Daughters Brewing company, an independent brewery based in nearby St. Petersburg, FL, specializes in brews and ciders inspired by the sights, sounds, and tastes of Florida. For the 2021 festival, EPCOT features two of the brand’s beverages, a Pink Lemonade Hard Cider as well as a returning festival favorite, the Maple Bacon Stout.

“A Disney rep actually originally discovered us at a beer festival years ago and loved what he had,” says Bob Carskadon of 3 Daughters Brewing. “It won’t be surprising to Disney fanatics, but the average person might be stunned to know just how many people discover our products through Disney World. It certainly helps create new customers among those who live in Florida and can find our products in stores, but we’ve also developed a worldwide following as a result of all the people who find us at Disney.”

And, this relationship stretches even further. Disney also works directly with these companies to create custom brews based on their needs, current trends, and guest demands, keeping these budding breweries on tap almost all year round. Florig explains that, “something to be proud of on our end as well, how we partner with these local businesses.” And Carskadon agrees.

“Disney has been open to variety and ingenuity, and sometimes the downright funky. Disney gave us the freedom to have fun with, and reviews so far have been overwhelmingly positive. In fact, some of the ciders we now distribute across the state in six packs started out as small batch experiments we made for Disney World. We have our Maple Bacon Stout featured in Epcot and the reviews have been great,” he says.

He concludes, “Thanks to a great partnership with our distributors in the area, we’ve developed a strong relationship with Disney and have enjoyed having our products constantly on rotation.”