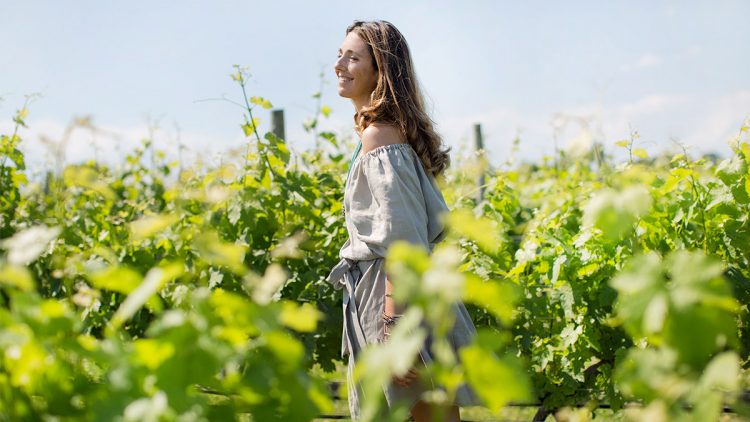 Wölffer Estate’s Summer In A Bottle is synonymous with all things, well, summer: Boat shoes, long days, and sipping the white wine or increasingly popular rosé by the pool.

In fact, the brand has become so well known for its blush-colored blend that during the height of the COVID-19 Pandemic, the Wölffer Wine Stand started selling wine curbside, advertising a “rosé drive-thru” for passersby.

But, Wölffer is a serious wine brand. With Roman Roth at the head, the blending is meticulous and crafted with purpose. The brand’s White Horse portfolio of wines is multi-award winning, while its Gold Label shows off how the landscape of Long Island’s South Shore can create multi-faceted wines.

Now, the winery is upping the ante on its spirits game. A unique juniper and rosé-infused gin joined the family a few years ago, as has brandy. Both have found a home in Wölffer’s portfolio, successfully continuing with the winery’s ethos.

Roth has a degree in distilling from Germany and started making small amounts of brandy and other spirits in the mid-’90s. However, he says, in 2014 when the New York laws changed, distilling at the vineyard became easier. This was the catalyst for the brand’s own spirit line.

“We were ready to jump on board when it got easier to get a farm distilling license. That’s what is great about having young owners — everyone was on board to not only try it, but amplify it,” Roth says. “So, in 2014 our first batch of brandy went in.”

Roth explains that the process was going to take several years, as brandy needs to slowly age. In the meantime, he noticed that gin was beginning to hit a note with consumers and was back in the spotlight.

“We all started talking and, since we had the distiller, we thought that we should make something else. It took us a little while, but then we started distilling the beautiful rosé that we make and we started mixing it with our own fresh juniper berries. So, we decided to make pink gin,” he says.

But, says Joey Wölffer, no one could predict that the winery’s gin would spark a spirits evolution. Soon after the release, pink gin — in varying shades — began popping up throughout the U.S.

“That’s really what we pride ourselves on. We’re not followers, we are trendsetters,” she says.

With a successful launch of pink gin under his belt, Roth then returned to his brandy, releasing the first lot in 2018 and another in 2019. Roth explains that he wanted to make the brandy on a high level and maintained the focus on quality. Additionally, his brandy is aged with chardonnay grapes, “one of the four that have put Long Island on the map,” he says.

“These spirits are a natural extension of what we are doing. We are making wine. We have quality grapes, so we know that if they are distilled, they are going to make something beautiful. It follows exactly in the path of what we are trying to do,” says Roman.

As if competition in the wine world isn’t steep enough, competition in the world of spirits is just as steep. But, it seems that Wölffer has had no problem getting — and staying — noticed in both realms. This, says Wölffer, is due to staying true to the branding and messaging the vineyard has come to be known for.

“Our marketing and our labels are extremely important to us. They separate us and we don’t really stray from it. This is what will allow us to move forward and innovate, but still remain in a valuable spot in the market,” Wölffer says.