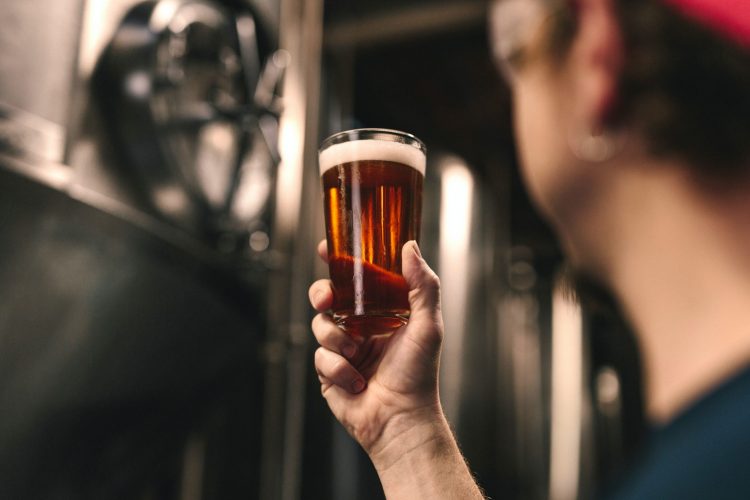 During the last few years, local breweries have been popping up as the consumer palate for beer has shifted radically. While mainstay brews will always have a place in the market, the demand now has called for small batch, craft-style beers that are wrought with stand-out flavor profiles.

However, whether imbibing at home or out on the scene, the proper glassware can elevate the drinking experience. Drinking beer from the glassware designed for it can not only highlight the most subtle of flavor notes, but it also helps to heighten the aromas found in the beer, which enriches the overall experience.

“The shape of the beer glass can often impact a person’s appreciation of the beer and certain beer styles are better presented in specific glass shapes,” said Ryan Brady, brewmaster for Labatt USA, located in Buffalo, NY.

He explained that with the continued popularity of IPA-style beers, these glasses have been popular for those stocking their home collections.

“These glasses are curved inward towards the mouth, similar to a red wine glass. This helps to keep the aroma of the beer in the glass, which is important in fully enjoying all of the hop character in the beer,” Brady said.

Gabe Haim, co-owner of Oyster Bay Brewing in Oyster Bay, NY, notes that tulip-style glasses, too, have been on-trend.

“Tulip glasses, that have wide bottoms then get narrower and then flare out, tend to trap the head at the narrow point, thus locking in those citrusy and floral aromas,” he said.

However important flavor and aroma are, glassware also plays an even bigger role in how beer is imbibed, says Haim. It can also have an impact on the way one drinks and enjoys a certain brew.

“The thickness of the rim can also dictate the speed at which you drink the beer. The thicker the rim, the faster the beer comes down — the more apt to chugging. The thinner rim is more suitable for sipping,” he says.

Additionally, Haim pointed out that the beer glass actually serves as a canvas for the brewer, too. The right glassware is designed to accentuate the qualities of the beer that make it stand out, qualities that allow the brewmaster to showcase the efforts made through months — or even years — of time and experimentation proudly.

“The shape of the glass, can showcase the color, clarity, haziness, or whatever the brewer might be wanting to show. Think light crisp pilsners served in Pilsner glasses versus hazy IPA’s served in a number of different styles from tulips/snifters to standard pint/shaker glasses. In Belgium, you can find almost every beer from different breweries served in different glasses to specifically call out certain characteristics of the beer being served,” he explains.

But, added Brady, while the proper glass is important, there is something else that sippers should be aware of — how clean those glasses are.

“On top of the wide range of beer glass shapes and sizes, cleanliness is of upmost importance. A ‘beer clean’ glass should not have bubbles clinging to the sides of the glass when it is full. Another indicator of a clean glass is a decent amount of lacing clinging to the glass as you drink the beer,” he says.