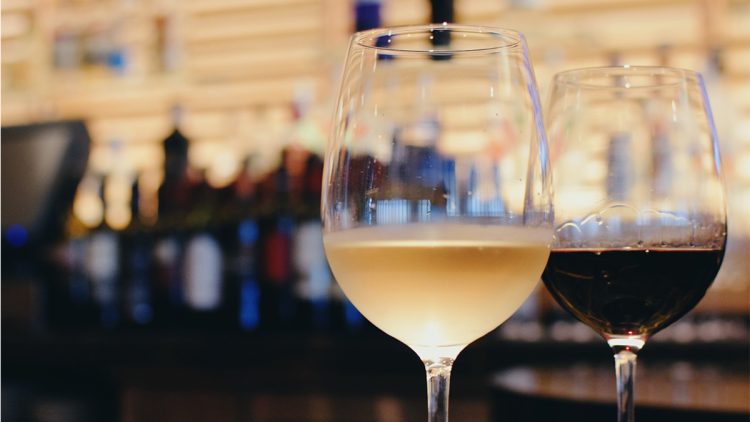 The same wine fans that are quick to dismiss white Zinfandel as a frivolous, forgettable offering that pales in comparison to grippy red Zin might be stirred to do the same about white Pinot Noir. But that’s an incredibly unfair comparison.

Turns out, one of the world’s most beloved varietals, known for producing ageworthy still wines in regions like Burgundy, Oregon and New Zealand — not to mention some of the highest quality bubbly in the world — is also capable of making a stunning version that deftly walks a tightrope between a white and a red. And it’s just as versatile and drinkable as its ruby-hued sibling.

“White Pinot Noir is a wine that continues to surprise and beguile, particularly for those that are just discovering it,” says Tony Rynders, head winemaker at Maggy Hawk Vineyard in California’s Anderson Valley. “The aromatics possess both red and white wine flavors while the palate is all texture and all Pinot Noir.”

One of the leading proponents of the style, Rynders first experimented with it when he was at Domaine Serene in Oregon’s Willamette Valley after a winemaker from Northern Italy told him about a wine he discovered made from fully-matured, high quality Pinot.

He’s successfully experimented with different clones including Pommard, Dijon 777 and Dijon 115, but sees terroir as a more important factor. This allows the wine to stay balanced and lends enticing ripeness and a full textural component. He ferments it in neutral barrels with three different varieties of yeast to unlock aromatic complexity.

To the unfamiliar, Rynders sums up in one descriptor: Exotic. The nose shows quince, white flowers, wild mountain strawberry, apricot, pear and brioche, while the palate’s rich texture has notes of quince puree, Asian pear, slight yeastiness and a long waxy finish.

“It is simultaneously delicate and richly layered, and I’ve never experienced both in the same wine before,” he says.

His version is almost truly white with just a slight tinge of copper — a factor of immediate gentle pressing after harvest similar to what’s used for Champagne as well as the low tannins inherently found in cool-climate Pinot Noir.

He estimates that today there may be upwards of fifty wineries along the West Coast making white Pinot Noir including Long Meadow Ranch, Lichen Estate, Scribe, Domaine Serene, Tendril and Anne Amie; based on the enthusiastic response from guests that number may continue to crawl upwards.

“What is unique about that site is what it gives us as grapes to make both of these wines: acidity,” he notes. They are gently pressed as whole clusters to get as little color from the skin as possible, soaked for forty-eight hours and fermented using only partial malolactic fermentation to avoid an overt buttery flavor.

The key to the wine’s lush mouthfeel is battonage (stirring the lees, or dead yeast cells) into the wine every two weeks for the entirety of its eighteen months in barrel, which adds creaminess and a biscuit-like character. The result is a copper-colored wine that Houseman describes as having a nose of peaches, vanilla icing, lanolin, cardamom, orange zest, white pepper, cake batter, candied lemon and star fruit and flavors of yellow plum, candied ginger, crème brûlée, preserved lemon, orange zest, white raisin, and ripe pear.

Rynders calls white Pinot Noir a food chameleon; he recommends serving it slightly chilled with anything from pork tenderloin and PEI mussels to roasted chicken and salmon sashimi. And it’s a pretty great patio pounder all by itself.

When Anne Amie first began producing Prismé back in 2007 there were among only a handful of Oregon wineries experimenting with it; today there are dozens in the state. “It will probably always be a niche wine,” Houseman admits, “but I think enough people are making it now that it doesn’t feel like an oddity.”

2017 Lichen Estate White Pinot Noir ($35), “a gorgeous floral nose followed by a mouthful of gravelly minerality and stone fruit. Off dry on the entry, it finishes mouthwatering and savory.”