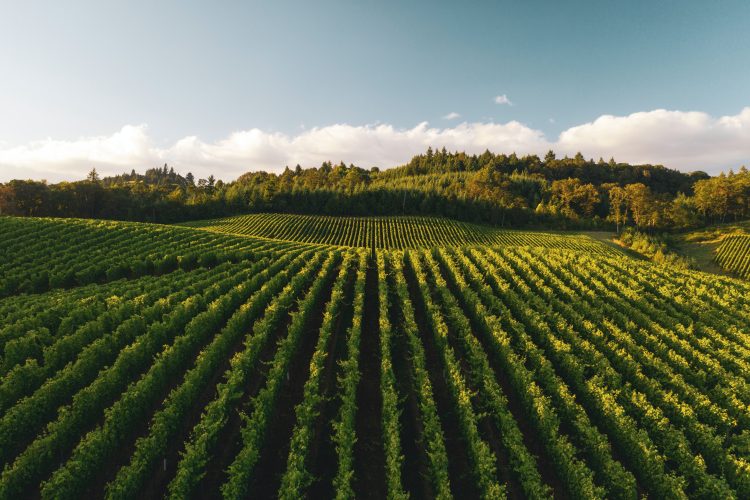 Such is the story of Shana Clarke, a wine-industry veteran who left her job in fashion to pursue her passion for wine. An established and admired wine journalist and content creator, Clarke was shortlisted for the Louis Roederer International Wine Writers’ Awards and named one of the “Top 20 Wine Writers That Wineries Can Work With” by Beverage Trade Network. Now, she’s penned a new book that profiles some of the most beautiful vineyards from all over the world.

She spoke to The Gourmet Insider about the process behind writing “150 Vineyards You Need To Visit Before You Die”; what she’s drinking when she’s not drinking wine; and if she got to taste wine from all of the vineyards she profiled for the book.

The Gourmet Insider: Tell us a bit about your background in wine and how you found your passion for the industry.
Shana Clarke: I think like most people, it all started with a really great bottle of wine. My mother came to visit and we went to dinner at the now-closed Lure Fishbar in Soho. For some reason, the bottle (if you’re curious, it was Clelia Romano, Fiano di Avellino) really resonated with me and we went back the next day so I could write down the name. That experience, and wine itself, really piqued my interest.

I started taking recreational classes at ICE, then more classes, and eventually took WSET Level 3 in 2012. I fed my creative side by writing a blog. I didn’t really promote it or show it to anyone, but it taught me discipline and how to write on a deadline, even if those dates were self-imposed. I wasn’t working in wine at the time; I was still working in fashion, so I used vacation days to attend tastings. The transition to the wine industry came a few years later. At first, I wasn’t sure where I fit in, and I can’t thank enough all the amazing women I met who took the time to sit down and have coffee with me and talk to me about the industry.

TGI: And here you are now! Congratulations on the book. What inspired you to write “150 Vineyards You Need To See Before You Die?”
SC: I was actually commissioned by my publisher, Lannoo. They somehow found me and emailed me out of the blue asking if I would be interested in writing it. I actually thought it was a spam email at first, but then I realized it was a legitimate offer. They do an entire series based around “150 X you need to see/do before you die” and this was their first foray into wine. Needless to say, I was very flattered.

TGI: What was the process for writing this book? Did you get to go to every vineyard? Did you have to go through tons of submissions?
SC: It was a lot, and in a rather short time frame (less than 6 months). I first had to make my list of 150, which was daunting. I had ideas, but as I started, my editor also asked if I could include vineyards in Belgium and the Netherlands as they are based there and have a big reach. It threw me, but in a funny way, it gave me more direction for the book.

I decided I didn’t want the book to solely be about classic, so-called “important” vineyards, as the title would suggest. I wanted to make it feel more exploratory, and show how wine truly is global. That meant finding under-the-radar regions and countries to include. Finding a balance in countries and continents was another challenge; one could easily do 150 vineyards in a place like Burgundy alone.

Once I had a draft list, I sent it to my editors for approval. Of course, not all of the wineries wanted to be included, and some never replied to my query. So, the list kept evolving for months.

TGI: How did you get the ball rolling from there? Also, your inbox must have been insane!
SC: There were A LOT of logistics that went into the book, and probably took more time than the actual writing. I would first reach out to a winery, explaining the book. If they agreed to be featured, I asked them for images, photo credits, and to sign an image release form. I also created a Google form so they could fill out the address, phone number, website, etc., that would appear with their entry. I knew the fact-checker would need this and I wanted to get ahead of it to make it easier when it came time for the editing and review process.

So, already we’re looking at a base of three or four email exchanges. Factor in all the follow-up emails needed (because people are busy, I had questions, etc.,), multiply that by 150 (actually more, given that I contacted more than the 150 that appear in the book), and you can maybe get a vague idea of the chaos that I called my inbox.

Truthfully, I don’t think I realized the scope of this project until I contracted COVID while in Spain in March 2022. While quarantined in a hotel room in Madrid, you could see different time zones waking up and getting to work based on when emails came in. It was nonstop. Then came the rounds of edits, and reviews of the layouts, and somehow, magically, it got to the printer.

TGI: OK, inquiring minds need to know! Did you get to taste the wine from these vineyards?
SC: I tasted wines from many, which was a big part of how I selected vineyards. But this book is also inspirational for me as well; I’m eager to taste wines from Denmark, for example.

TGI: With Instagram and photo culture as a whole becoming more popular, was that taken into account here, too?
SC: It wasn’t, but good imagery was essential for the book (and the whole series). My editor actually vetoed a few entries because we couldn’t get the quality of images needed. And not every vineyard was selected because it was picturesque. Rather, as I mentioned before, I wanted these selections to help tell a bigger story about wine today.

TGI: When you’re not drinking wine, what are you drinking and why?
SC: Coffee. Copious amounts of coffee. I do love tea as well, I think there’s a really beautiful culture around tea. I also love sake and feel it is an exciting category to watch. It’s so traditional, but there is a lot of energy and new ideas happening around sake, both in Japan and elsewhere in the world.

TGI: Any new projects on the horizon?
SC: TBD at the moment, but I’m definitely in research and exploration mode for new ideas. I’ve always been interested in photography and this book is spurring me to learn more. I’m also thinking about how we communicate now, especially through social media, so I’m pondering opportunities there.

Can’t wait to get your hands on a copy? Buy the book here!